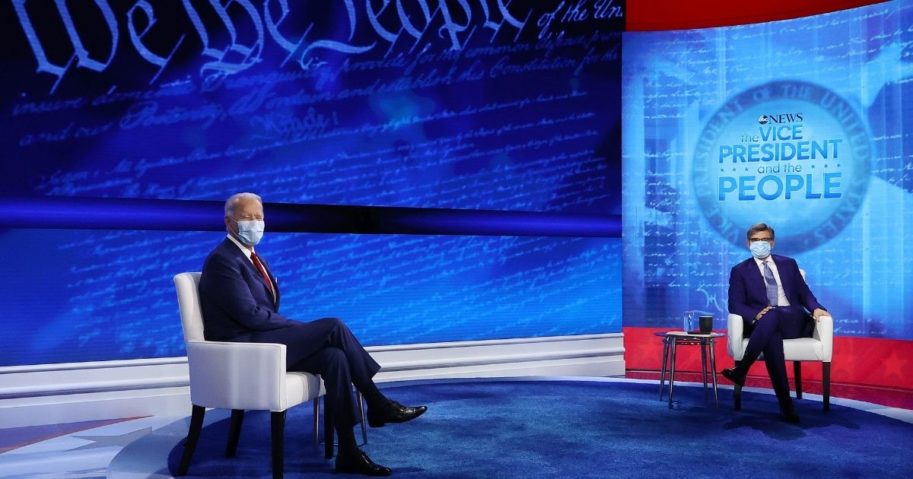 Democratic presidential candidate Joe Biden’s effort last week to dodge criticism for his position on hydrofracking led to a morass of misinformation, according to members of a union who are angered that Biden falsely claimed they are supporting him.

Biden has insisted that despite past comments opposing the practice of extracting natural gas trapped between layers of rock, most commonly referred to as fracking, union leaders are lining up to support him because he has no plans to ban the practice.

“The Boilermakers overwhelmingly endorse me, OK?” Biden said Thursday at an ABC town hall event, according to Fox News. “So the Boilermakers Union has endorsed me because I sat down with them, went into great detail with leadership, exactly what I would do, number one.”

Wrong, according to two members of Pennsylvania-based Local 154 of the Boilermakers whose responses to Biden were posted on the Trump campaign website.

“I couldn’t believe it when Joe Biden blatantly lied at a town hall right here in Pennsylvania and said he was overwhelmingly endorsed by the boilermakers. As a matter of fact, Boilermakers Local 154 endorsed President Donald Trump last month. And I knew this first-hand because I worked with John Hughes, the business manager, and Local 154 on that endorsement,” said former union representative Lou Barletta.

TRENDING: Checkmate: Twitter Will Have To Block a Government Website To Censor Hunter Biden Bombshell After Creative Move by GOP

“The other day I’m watching the debate and I see Joe Biden tell everybody that the Boilermakers endorsed him and that is not true, and I would like somebody to tell me who – he said he talked to somebody – I’d like to know who he talked to in the Boilermakers because anybody I talk to did not endorse him. And I believe if you go onto our International website we have not endorsed a candidate this round, nor did the International Boilermakers endorse a candidate last time. We did not endorse Obama and Joe Biden last time because of their energy issues,” Hughes said.

Hughes, in fact, has signed a September letter endorsing President Donald Trump, according to the Village Reporter.

Hughes said in the letter that it was “imperative that we continue to battle over-regulations in the fossil fuel industries and fight for American energy production.”

Do you think that Democrats care that Joe Biden lied?

“It is with great honor that I write this letter to endorse your campaign as you run for re-election of the President of the United States,” Hughes wrote. “I am happy to support your administration as you have proven to be a true friend of the Boilermakers, and I wish you the best of luck in your campaign.”

Shawn Steffee, a business agent and executive board member for the Local 145, made that support emphatic to The New York Times.

“Joe Biden and Kamala Harris want nothing to do with the fossil fuel industry. He’s flip flopped so many times, and President Trump has embraced fossil fuels, natural gas and coal,” Steffee said.

“Joe Biden and Kamala Harris have been totally unclear,” Steffee said. “You can’t have it both ways,” Mr. Steffee said, adding, “My members and my local, we’re done riding the fence. We made a stand.”

Further, the union’s national website said it is not behind Biden.

Charlie Gerow, a Republican strategist, told The Times that the Trump campaign’s efforts to link Biden to a ban on fracking is changing minds.

“I think Trump tying Biden to the Green New Deal works in areas not only where fracking is significant, but across the state. I think it’s helping Trump in the suburbs,” he said.