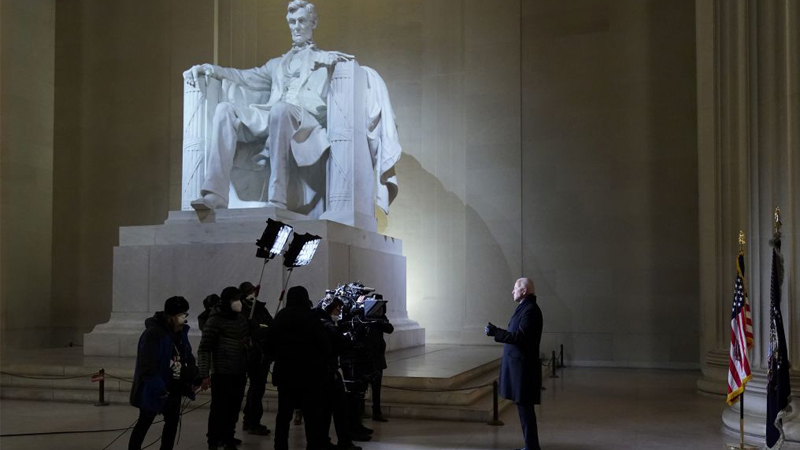 Following his inauguration, Joe Biden passed a slew of Executive Orders, including one mandating mask-wearing on federal property.

But before the ink was dry, Biden was already violating his own mandate.

On Wednesday evening mere moments after implementing the EO, Biden was spotted at the Lincoln Memorial speaking to a masked throng of reporters, while he himself wore no mask.

The new president’s utter disregard of his own rules was not lost on Conservatives, including freshman congresswoman Marjorie Greene Taylor, who called him out on Twitter.

According to the Executive Order, all federal employees, contractors
“and other individuals in Federal buildings and on Federal lands should all wear masks.”

The Truth Behind The Mask

And the Looting Stops…Thanks, Joe

Identity Politics Will Be Hosting ‘The Bachelor’ Season Finale

‘I had a tough weekend – I went to CPAC’: Mitt Romney jokes that he got a black eye at conference

Why N95 masks are still hard to get, even though production is up

And the Looting Stops…Thanks, Joe

Identity Politics Will Be Hosting ‘The Bachelor’ Season Finale