A second former aide has accused New York Gov. Andrew Cuomo of sexual harassment, claiming he made comments expressing an interest to sleep with her and prompting the governor to ask a former federal judge appointed by Bill Clinton to lead an independent review.

Both the governor and his special counsel, Beth Garvey, released statements Saturday evening calling for the review from Barbara Jones and for all staff to fully comply after former aide, Charlotte Bennett, accused Cuomo of harassment while working with him during the pandemic.

‘This situation cannot and should not be resolved in the press,’ Cuomo said in his statement, denying the allegations. ‘I believe the best way to get to the truth is through a full and thorough outside review and I am directing all state employees to comply with that effort. 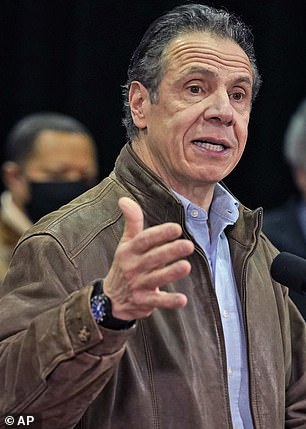 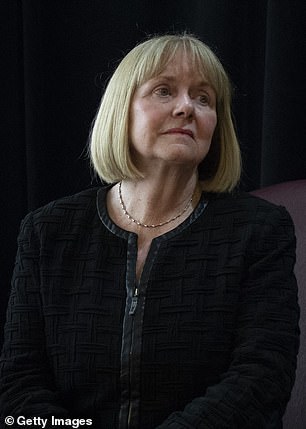 Charlotte Bennett, 25, who served in a number of roles for Cuomo – including executive assistant and health policy advisor – said the governor made a number of concerning comments to her last spring during the height of the pandemic in the state. She is the second former aide to accuse the governor of sexual harassment

‘I ask all New Yorkers to await findings of the review so that they know the facts before they make any judgements.’

Garvey added: ‘Although in no way required by law, the Governor has requested an independent review and all staff will cooperate in that endeavor. Former Federal Judge Barbara Jones will lead the review.’

A number of high profile Dems have released statement, turning on Cuomo and calling for an investigation into the allegations against him.

Bennett, 25, who served in a number of roles for Cuomo – including executive assistant and health policy advisor – explained to the New York Times that the governor made a number of concerning comments to her last spring during the height of the pandemic in the state. 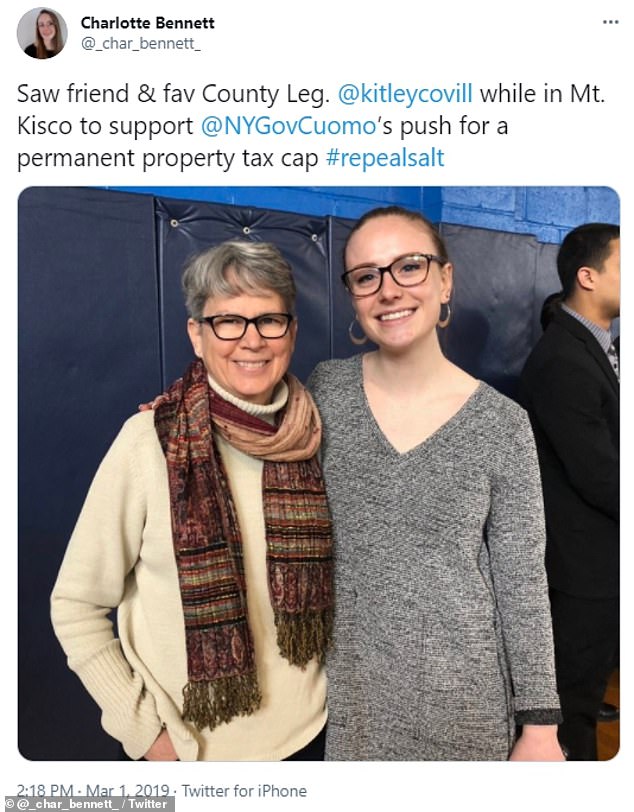 According to her LinkedIn, Bennett had been working as the Special Assistant to the Governor for Briefings at the time of this March 2019 tweet

She said that on numerous occasions, the governor asked her questions about her personal life. Those questions included those that pertained to a romantic relationship between two people of different ages.

Bennett said that Cuomo also made comments stating he was open to dating women in their 20s, which she took as overtures to a sexual relationship. The former aide did state that Cuomo never made an attempt to touch her.

Who is former federal judge Barbara Jones? The woman asked by Cuomo to lead the independent review into his sexual harassment allegations

Both the governor and his special counsel, Beth Garvey, released statements Saturday evening calling for the review from Barbara Jones and for all staff to fully comply after former aide, Charlotte Bennett, accused Cuomo of harassment while working with him during the pandemic.

According to her website, Jones was the former judge in the U.S. District Court for the Southern District of New York.

She was appointed by former President Bill Clinton in 1995, working on cases that included accounting and securities fraud, antitrust, fraud and corruption involving city contracts and federal loan programs, labor racketeering and terrorism.

In May 2010, she was appointed by the Chief Justice of the United States John Roberts to serve on the Judicial Panel on Multidistrict Litigation. Jones served until October 2012.

‘I understood that the governor wanted to sleep with me, and felt horribly uncomfortable and scared,’ Ms. Bennett told the Times. ‘And was wondering how I was going to get out of it and assumed it was the end of my job.’

Bennett informed Cuomo’s chief of staff, Jill DesRosiers, of the interaction and was transferred to her role as the health policy adviser. Her new office was in the completely opposite side of the Capitol. She also said that she gave a statement to Judith Mogul, special counsel to the governor.

She also told her parents and friends of the encounters, soon after they occurred, informing them of the growing discomfort she had with working with him.

According to her LinkedIn, Bennett is now working at Primary Maternity Care as a Director of Operations.

In his statement Saturday, Cuomo described Bennett as a ‘hardworking and valued member of the tead during COVID’ who he had tried to ‘mentor.’

‘When she came to me and opened up about being a sexual assault survivor and how it shaped her and her ongoing efforts to create an organization that empowered her voice to help other survivors, I tried to be supportive and helpful,’ the governor added in his statement.

‘Ms. Bennett’s initial impression was right: I was trying to be a mentor to her. I never made advances toward Ms. Bennett nor did I ever intend to act in any way that was inappropriate. The last thing I would ever have wanted was to make her feel any of the things that are being reported.’

Bennett said that she initially saw Cuomo as a ‘father figure’, telling him that she even played middle school soccer against one of his daughters.

‘We got along really well,’ she said, noting that she didn’t think anything of the questions about her dating life at first.

Bennett sent her mother a text on Jan. 20, following an extensive conversation she had with Gov. Cuomo.

‘Had a really long convo with Gov today,’ she texted, telling her mother of the two-hour talk she had with Cuomo.

‘He had a lot to say and was very emotional and serious but also asked a lot of questions,’ she wrote. ‘He got emotional. Not me.’

As she transitioned roles and began working in Albany, Bennett noted that the relationship she had with Cuomo began to change by mid-May.

On May 15, she got to the Capitol at 7am and soon engaged in a chat with Cuomo about her love life. She told the Times that the governor began gossiping with her about who she had been romantically involved with in the governor’s staff. Bennett shared the conversation with other staff members.

During the chat, Bennett told Cuomo of a speech she was scheduled to give to Hamilton students about her experience as a survivor as sexual assault. She said that it the governor soon became enamored with her story.

‘The way he was repeating, “You were raped and abused and attacked and assaulted and betrayed,” over and over again while looking me directly in the eyes was something out of a horror movie,’ she said in a text to a friend. ‘It was like he was testing me.’

Bennett describes the May 15 encounter ‘as the turning point in our relationship.’

‘Anything before it I now see differently,’ she said. ‘I now understand that as grooming.’

The former aide shared that three weeks later, Cuomo began asking her questions about her love life after they had finished working in his office with another aide who had already left.

Bennett said that the governor even asked her whether she was monogamous or enjoyed having sex with older men.

During a text convo with a friend on June 5, Bennett expressed being shaken and upset by the encounter and shared that she was even worried about writing down what happened.

‘Something just happened and I can’t even type it out or put it in a video,’ Ms. Bennett stated.

Bennett did tell her friend that there had been nothing physical between her and Cuomo. As the two continued talking about the conversation the next day, Bennett disclosed that the governor asked if she was having sex with other people ‘while in my recent relationships.’

Cuomo allegedly told the former aide that he was lonely, especially following the end of his relationship with Sandra Lee, Bennett shared. She said that Cuomo described Lee as being ‘out of the picture,’ explaining that he was ‘wanting a girlfriend, preferably in the Albany area.’

Bennett also said that Cuomo asked her about her feelings about age gaps in relationships, allegedly telling her ‘age doesn’t matter,’ text she wrote to her friend state.

‘He asked me if I believed if age made a difference in relationships and he also asked me in the same conversation if I had ever been with an older man,’ Bennett told The Times.

After she turned 25, Cuomo is said to have made a comment about how ‘he’s fine with anyone above the age of 22.’

Bennett is the second former aide of the governor’s to come forward with allegations. 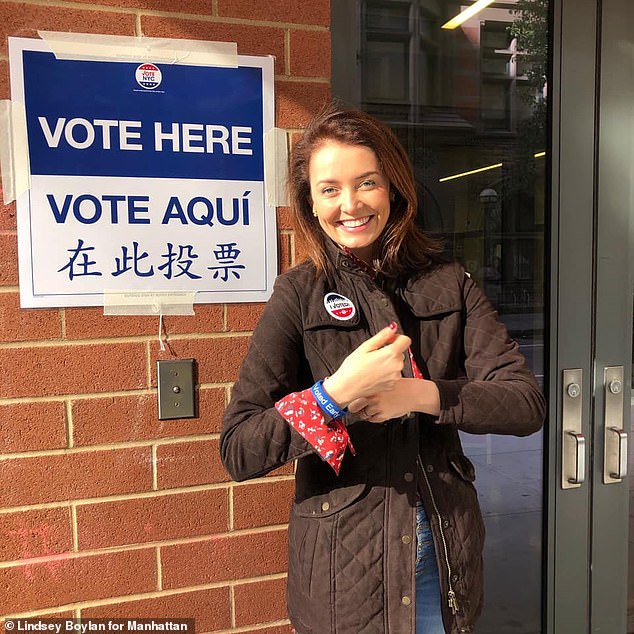 In an essay published to Medium Wednesday, Lindsey Boylan – who worked as a special advisor to Cuomo in 2018 – charged that the Governor asked her to play strip poker and kissed on the lips without her permission. Cuomo has denied the allegations.

‘For those wondering what it’s like to work for the Cuomo admin, read @LindseyBoylan’s story,’ she said in the post.

In Wednesday’s Medium post Boylan claimed she was taking a plane ride with Cuomo in 2017 when he asked her to play strip poker.

‘I should have been shocked by the Governor’s crude comment, but I wasn’t,’ she wrote.

She further alleged that during a one-on-one briefing with the Governor to update him on economic and infrastructure projects he kissed her without permission. 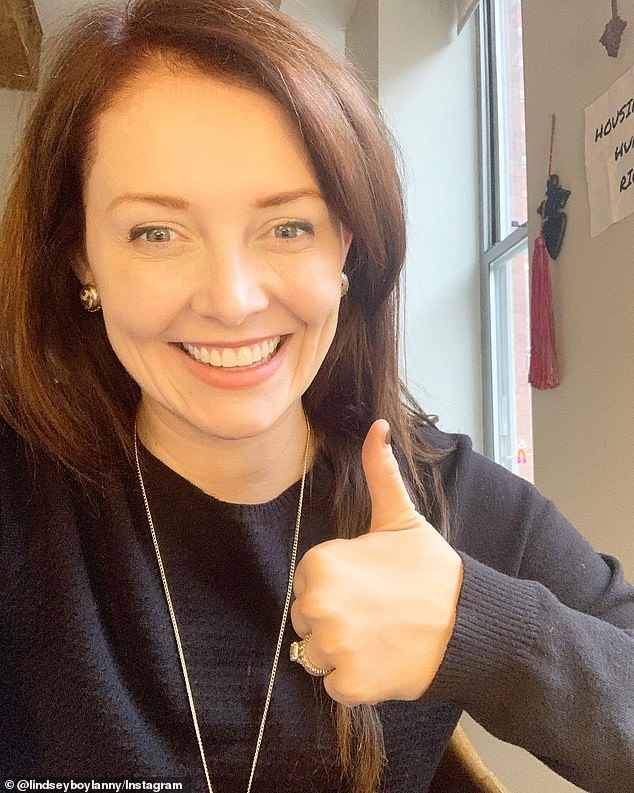 ‘We were in his New York City office on Third Avenue. As I got up to leave and walk toward an open door, he stepped in front of me and kissed me on the lips. I was in shock, but I kept walking.

‘I had complained to friends that the Governor would go out of his way to touch me on my lower back, arms and legs,’ she wrote.

Boylan had already alleged in tweets in December last year that Cuomo ‘abused his power’ and sexually harassed her for years.

‘As we said before, Ms. Boylan’s claims of inappropriate behavior are quite simply false,’ she stated.

22 seconds ago The Epoch Times

23 seconds ago The Epoch Times

Mortal Kombat film review: Why you should watch on HBO Max, not in theaters

LeBron James Gets Torched By GOP Sen. Kennedy – ‘He Can Go From Zero To Screw Everyone Real Fast’