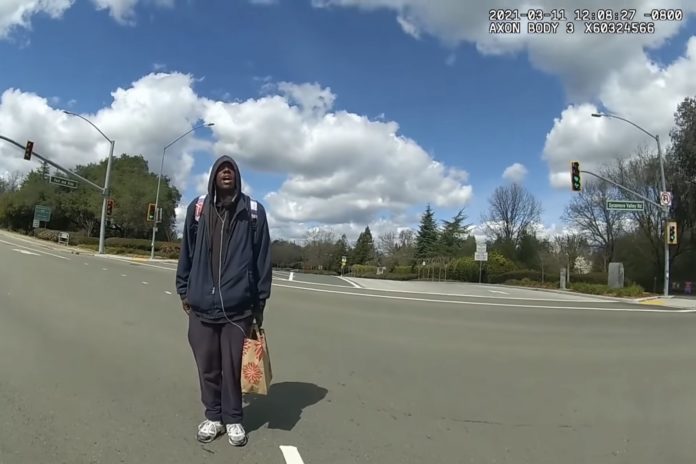 The Danville Police Officer involved, Andrew Hall, has been charged with manslaughter for a separate shooting incident in 2018.

An arrest warrant was signed by the Honorable Nancy Davis Stark for Hall’s arrest. His bail for the alleged offenses is $220,000.

“Officer Hall used unreasonable and unnecessary force when he responded to the in-progress traffic pursuit involving Laudemer Arboleda, endangering not only Mr. Arboleda’s life but the lives of his fellow officers and citizens in the immediate area. We in law enforcement must conduct ourselves in a professional and lawful manner when interacting with the public. Officer Hall’s actions underscore the need for a continued focus on de-escalation training and improved coordinated responses to individuals suffering from mental illness,” said District Attorney Becton.

Additional patrol cars joined the traffic pursuit, which lasted for a total of nine minutes and reached maximum speeds of up to 50 miles per hour. Mr. Arboleda continued to drive towards Front Street in Danville. Officer Hall, who was not involved in the initial pursuit, stopped his vehicle in front of the approaching pursuit. As Mr. Arboleda began to slowly maneuver between Officer Hall’s vehicle and another police vehicle involved in the pursuit, Officer Hall ran around the rear of his vehicle and fired his semi-automatic pistol at Mr. Arboleda.

As Officer Hall fired, Mr. Arboleda’s vehicle continued into the intersection of Front Street and Diablo Road and struck a 2006 silver Jeep occupied by an adult. Officers responded and found Mr. Arboleda in his car unresponsive with his foot on the gas pedal. He was taken to San Ramon Valley Medical Center and pronounced dead at 11:44 a.m.

6 hours ago The Epoch Times

Another Cheney Bombshell Explodes, as GOP Sets Vote to Cut Her Loose – RedState